Describe the physical features of Punjab.

Punjab was generally believed to be the tract situated between the river Indus and the Jamuna and bounded by the Himalayas mountains towards the North and North East. Punjab has not only undergone a change in its name-Sapat Sindhu, Panchnada, Pentapotamia Taki Desh, Tse Kai, Suba i-Lahore. Lahore Raj and finally Punjab, but its political territorial boundary has also changed from time to time. Its boundaries have been drawn, redrawn, demarcated and redemarcated due to political, historical and administrative factors.

The word ‘Punjab’ is derived from two Persian words-Panj (five) and Ab (water or river) meaning five waters or rivers. These five rivers are the Gatluj, Beas, Ravi, Chenab and Jehlum. The waters of these rivers flowing from the north-east to the south  west meet together at Panchnad, ultimately falling into the Sindh or Indus at Mithankot and then into the Arabian sea.

In the Rig Vedic Age, this region was known as the Sapt Sindhu-the land of seven rivers. These seven rivers were Sindhu (Indus), Vitasta (Jehlum), Asikni (Chenab), Parushtani (Ravi), Vipash (Beas), Satlutri (Satlu)) and Sarasvati (Sarusti). It was here in the Sapt Sindhu (also known as Brahamvarta) that the earliest civilizations and cultures of India flourished and where the ancient Vedic culture of Indo-Aryans found its cradle.

The Epics and the Puranas mention Panchnada which clearly means the land of five rivers. The Mahabharta also mentions the names of the five rivers along with the Sindhu as the sixth which generally formed the western boundary of the ancient Punjab. In the 4th century B.C., when the Greeks invaded and occupied this region, they called it Pentapotamia which also means the land of the five rivers. The historians record that in those days, this land had as many as thirty-seven flourishing towns and cities. A few centuries later, we come across another name for the Punjab, J.D. Cunningham holds that for several centuries, the Punjab was known by the name of Taki after a powerful tribe of the same name which ruled the whole of the Punjab from the Indus to the Beas. Hieun Tsang called this region as Tse Kal.

In the Medieval Period, Punjab was known as Suba-i-Lahore, and during the rule of Maharaja Ranjit Singh, it was called the Kingdom of Lahore. But after its occupation in 1849, the British. named it as the Province of the Punjab. In 1901, Lord Curzon carved North West Frontier Province out of Punjab and in 1911. Delhi, a part of Punjab, was separated from it and was made the capital of India. In 1966, Punjab was reorganised and Hindi speaking areas were separated, giving birth to Haryana. The Punjab which we are to study is not the Punjab of today but the Punjab which was there before 1947. After the partition of India in August 1947, the Indian portion of the Punjab got the name. East Punjab, while the portion of Punjab which went to Pakistan.

was known as the West Punjab. The area of the undivided Punjab was about 144,436 sq. miles and according to the census of

1891, its total population was about 25 crores. It has been rightly said that Geography and Chronology are the sun and the moon, the right eye and the left eye of all history. The physical features of a country-its normal conditions, its climate, hills, rivers, borders, etc., have always influenced the course of its political, social and economic history. Thus, the march of history and culture of the Punjab cannot be rightly understood without a proper study of the geographical factors involved.

The Punjab, for the purpose of history, is irregularly triangular in shape lying between the Indus and the Yamuna. It is bounded in the North by the massive Himalayas, on the West by the Sulaiman and Kirthar ranges, in the East by the river Yamuna and in the South by Sindh and Rajputana deserts. 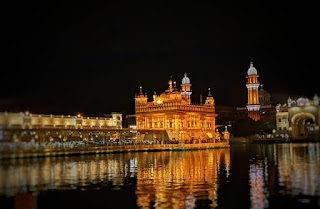 Low Carb Indian Diet For Beginners
low carb Indian diet is effective in weight loss and fitness goals. This form of diet is low in carbohydrates. The objective is to mainly get rid of as many carbs as possible and replacing those carbs
By hindimehealth123
On Nov 14, 2022